In the late 70s a new employment model was implemented in northern Saskatchewan, and InterGroup was there to help.

If you are like most, you might be surprised to discover that roughly 20% of the world’s annual uranium supply is mined in Canada. You might also be surprised to know that all of that production currently comes from just three mines in northern Saskatchewan operated by Cameco and AREVA – McArthur River, Cigar Lake and Rabbit Lake. And if you were able to take a flyover of any of these mine sites, you’d discover something else that may surprise you – none of these mines has a nearby town site. Instead of having workers live nearby, the employees of these mines are flown in from communities scattered throughout northern Saskatchewan to do their jobs. At the end of a typical seven day shift, the workers are then flown back to their home communities for seven days off.

“These mines in northern Saskatchewan represent a relatively new approach for northern resource development, something that they first started to implement back the late 1970s,” said John Osler, President of InterGroup. “If you look at most Canadian mines, especially those developed back before the 70s, they were generally developed with an adjoining town site. That meant that workers and their families had to move to work there.”

Company mining towns tended to be self-sufficient and then abandoned once the mine was closed. It was useful for mining companies but did little to facilitate regional development. Uranium mines operating in Saskatchewan recognized the advantages of hiring a local workforce and organized to have aircraft stop wherever a group of qualified employees were located. This provided benefits to communities where resource development was in their “backyards” or what is now more commonly referred to as their “traditional territories”.

“With the old approach, northern Aboriginal communities weren’t enjoying the benefits of resource development in their backyards, as they should have,” said Janet Kinley, Principal and Senior Consultant with InterGroup. “We’ve always strongly supported the idea that the best way to distribute benefits is through employment and business opportunities, so clearly a different employment model was required. The uranium mining companies that were involved at the time shared the same view.”

Kinley says that InterGroup was brought in during the development process, and has been involved ever since. InterGroup’s initial involvement evolved over time to helping the mining companies establish and maintain strong working relationships with the local communities. This has included involvement in the negotiation of impact benefit agreements, establishment of a community vitality monitoring partnership process, and participation in the environmental assessment process. Today about 35 northern Saskatchewan communities supply workers to the uranium mines, a testament to the merits of the program. 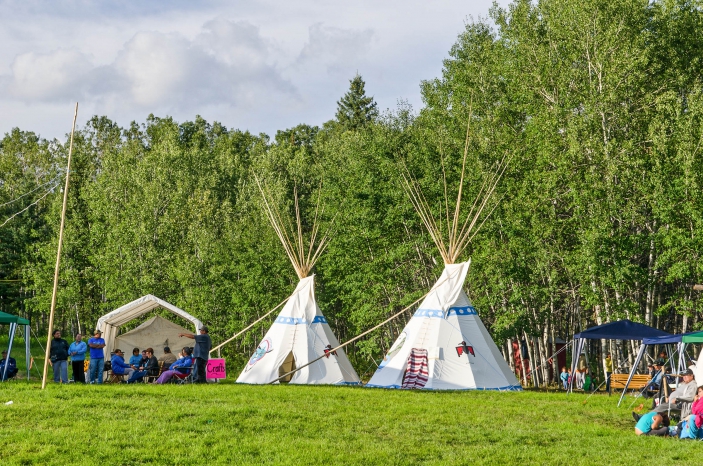 "The fly-in fly-out approach has been a characteristic of every uranium mining project in Saskatchewan since the 1970s because it has proven to be a way to distribute benefits to local communities; in addition, substantive efforts were made to engage local businesses to  provide services to the mines. This was supported through the establishment of human resource development agreements and associated plans, along with other activities supported by the companies and the province, such as education and training initiatives".

InterGroup has played an important role in northern Saskatchewan by helping Cameco, AREVA, and the Saskatchewan government during the establishment of the Community Vitality Monitoring Partnership Process (CVMPP) in 1998. The purpose of the CVMPP is to develop mechanisms that provide stakeholders with both the information and insight they need to make better decisions regarding the quality of life in affected communities, particularly as it relates to the uranium mining industry.

“During the initial phases of the CVMPP, InterGroup helped to determine what community vitality meant to community leaders, elders and youth, as well as to other stakeholders such as education and health boards and Environmental Quality Committee members,” said Dr. James Irvine, CVMPP Steering Committee Chair and Medical Health Officer with the Athabasca Health Authority, Keewatin Yatthé Health Region and the Mamawetan Churchill River Health Region".

To date, the CVMPP has explored a number of different quality-of-life impacts, including population migration to the south and challenges to educational attainment, all of which have resulted in positive program or policy changes in affected communities. 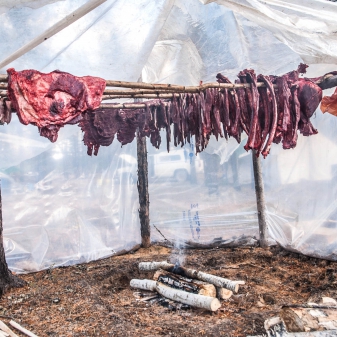 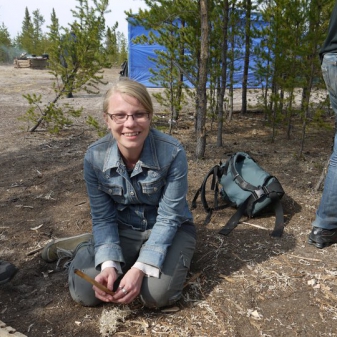 Here InterGroup’s experience with northern geography and northern cultures was a real benefit to CVMPP in engaging communities to help answer these questions. InterGroup encouraged the participation of northern representatives on our steering committees, as well as hiring local individuals to assist with some of the consultations. That level of local involvement in the process has proven beneficial in getting cooperation from all our communities.

One of the studies undertaken by InterGroup and the CVMPP looked at the impact on families and communities of the fly-in fly-out work rotation system in uranium mining, the first in-depth study of its kind in Canada. The study exposed a need for better communications while workers were at the mine site, as well as for better understanding of families’ experiences while workers were away from home. From these findings, InterGroup and the CVMPP recommended the installation of cellular telephone towers at the mine site, so that workers could phone home whenever they needed, as well as advocating for the continuation and expansion of a family visitation program that allowed curious family members to visit the mine sites. Both initiatives have had positive effects for the miners and their families.

Irvine says that the study also turned up a few surprises. For example, they went into the study thinking that the fly-in fly-out model might be shown to be just as disruptive of traditional lifestyles as the old town site model, but the study showed that wasn’t the case.

“We assumed that because we were flying people in and out of their home communities that they would be less involved with traditional activities. It was actually the opposite that was found. Some of the mine workers felt that the fly-in fly-out model gave them access to employment they might not otherwise have. As a result, they had the financial resources to buy the skidoos or the boats to get out on the land and time to participate more in their traditional hunting and fishing activities.”

One person who has experienced those positives first hand is Freddie Throassie, a Community Liaison officer for Cameco. A miner himself for 23 years, Throassie says flying in to work for seven days at a time actually gave him more time to enjoy his traditional pursuits, something that was echoed by the study.

“I was brought up on the land and every chance I get out there. The seven days off gave me the opportunity to get out there, something that I couldn’t do with a regular 9 to 5 job. That extra time has also allowed me to teach traditional survival skills to the younger generation and show them how our ancestors used to live back in the days when they lived off the land.”

Throassie says that his job as a community liaison officer has also given him a better appreciation for having a consultant like InterGroup working with Cameco and AREVA.

Hearing comments like that makes John Osler smile. He says that InterGroup’s true value as a consultant, beyond its core expertise in environmental and socio-economic impact assessments, is its ability to get all stakeholders on a project, often with axes to grind with each other, to work together for common benefit.

“At InterGroup we’ve always believed in developing win-win relationships. In northern Saskatchewan we have been fortunate that clients like Cameco shared that vision, and over the last 30 years or so we have seen the benefits of that approach in the collaborative relationship that we see between the mining companies and the northern communities they serve. We’re proud of our role in helping to put in place the machinery to have meaningful conversations between industry, communities and governments. You can’t take credit for all the stuff that comes out of that process, but the magic is the process itself and that it takes place at all.” 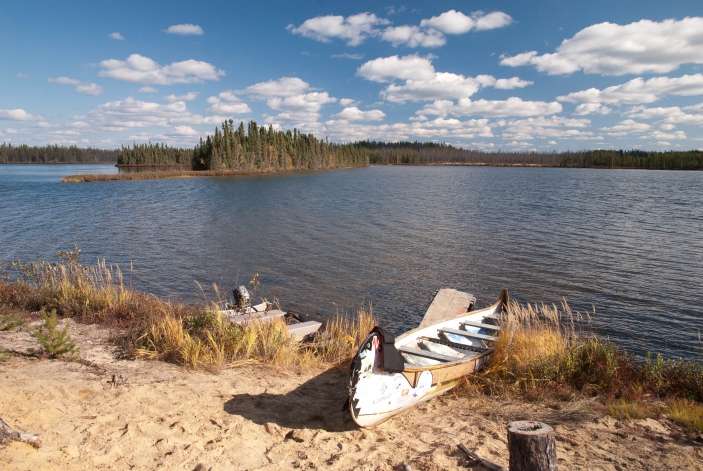